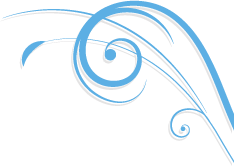 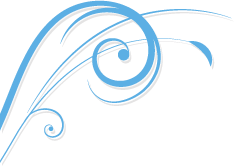 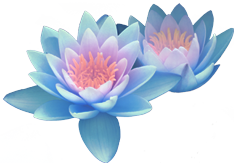 Premenstrual Syndrome (PMS) is a group of physical and emotional symptoms linked to a woman’s menstrual cycle. PMS symptoms usually occur during the ten days prior to menses, and disappear either shortly before or after the start of menstrual flow. Symptoms vary from woman to woman, but each woman’s individual pattern of symptoms is typically predictable.

The exact causes of PMS are not clear, but several factors may be involved. Changes in hormones during the menstrual cycle seem to be an important contributor. These changing hormone levels may affect some women more than others. Chemical changes in the brain may also be involved. Other factors such as stress, a nutritionally inadequate diet, lack of exercise and sleep, and a hectic or demanding lifestyle may exacerbate the symptoms. For some women, especially those who exhibit as many as four to ten PMS symptoms (turn over for a list of symptoms), many aspects of their lives may be diminished during one to two weeks prior to menstruation. This can include relationships with family and friends, work productivity, mood and emotional stability and the ability to appreciate their own bodies and feminine identity.

Women may be at increased risk for PMS if

2) They are experiencing significant amounts of stress

3) Their nutritional habits are poor

4) They have suffered side effects from birth control pills

5) They have difficulty maintaining a stable weight

6) They do not get enough exercise

7) They’ve had a pregnancy complicated by toxemia

8) They have had children (the more children, the more sever the symptoms

9) They have a family history of depression.

What to do about PMS
In treating PMS, Western medicine recommends diet and lifestyle changes coupled with medications that manipulate the levels of progesterone and estrogen (i.e. birth control pills), tranquilizers and/or antidepressants (for nervousness, anxiety and depression) that effect mood and emotions. Although prescription medications can sometimes bring immediate relief, they unfortunately do not address the underlying cause of PMS, and they can cause unwanted side effects that may mimic PMS symptoms.

A natural approach in 1997, the National Institute of Health (NIH) issued a consensus report that suggested acupuncture is effective in the treatment of menstrual cramps, and other symptoms associated with PMS. Acupuncture can address PMS symptoms naturally, without medication, by restoring balance and harmony, both physically and emotionally. In Chinese medicine, the root cause of PMS is usually an imbalance or blockage of Qi, or vital energy, and blood within specific organ and meridian systems. When Qi and blood become imbalanced or blocked, symptoms and signs associated with PMS will appear.

The role of an acupuncturist is to investigate the underlying causes leading to PMS symptoms.
After a thorough diagnostic evaluation to determine what organ and meridian systems are out of balance, they treat PMS symptoms according to each individual patient’s imbalances and concerns.

Being inserting fine, sterile needles into specific points on the body, an acupuncturist is able to stimulate and activate the movement of Qi and blood. When Qi and blood begin to travel freely throughout the body, balance and normal function are restored and PMS symptoms are alleviated. Acupuncture restores hormonal balanace and provides deep relaxation to help reduce stress, ultimately encouraging and supporting greater health and well-being of both body and mind.

A practitioner may also recommend lifestyle changes such as eating a nourishing, organic, whole foods diet, getting regular aerobic exercise and adequate sleep, enjoying warm baths, supplementing the diet with vitamins and herbs, and practicing deep relaxation exercises such as meditation, breathing exercises, or yoga.